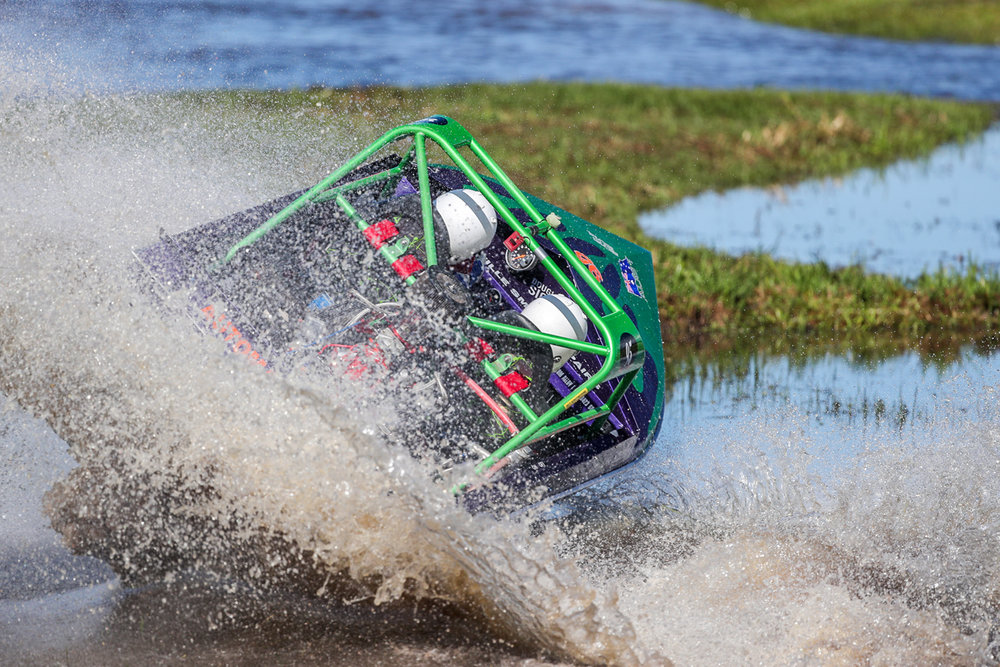 After a three-month winter sabbatical, the Australian V8 Superboats Championship returns to action this weekend for the fifth round of the 2017 season at the Tweed Coast venue at Cabarita Beach on the far north coast of New South Wales.

Things may have appeared quiet over the winter break, but many teams have been working feverishly towards the championship return, an event which promises plenty of fireworks as we come closer to the end of a season, a season which to date has turned on the best racing in the history of the sport.

Competition has been tight, with mere tenths of a second separating the podium finishers, and sometimes hundredths of a second keeping challengers from an appearance in the finals, it has been that close.

The big talk though has been of the emergence of Tremayne Jukes as a challenger to Phonsy Mullan’s Michael Schumacher-esque domination of the Unlimited Superboat class. Mullan – now a five-time national champion – had amassed four consecutive Unlimited Superboat titles over recent years, and has been rarely troubled by his rivals, the brilliant yellow ‘RAMJET’ machine winning with relative ease.

Season 2017 though has presented the Victorian engine builder with a very different scenario in the shape of ‘MANIAC’ the former championship winning machine ‘Loose Cannon’ guise of Dean and Tyler Finch. In it’s past life the 1300bhp twin-turbo V8 powered monster was a force to be reckoned with, but in the hands of former boat builder Jukes, the re-liveried #15 machine has proven a regular race winner, claiming three wins from four starts in season 2017 to be six points clear of Mullan heading into the final three rounds of the year, the pair splitting first and second between them in every event to date.

Mullan though is not a four-time champion by fluke, he knows how to extract performance and he is arguably one of the best V8 Superboat drivers in the world, so Jukes knows he will have a hard time of it over coming rounds. As one of the most experienced aftermarket engine builders for General Motors products, Mullan also has significant resources at his fingertips, and as a result of his ongoing engine development program, has produced some of the most insane Superboat engines ever built.

A convert to twin-turbo power in recent years, the Victorian switched back to a naturally-aspirated LS527ci alloy V8 for season 2017 and whilst he has plenty of horsepower on tap, the package hasn’t been as consistently fast as ‘MANIAC’ allowing Jukes to skip away to three round wins.

Just days out from the fifth round, Mullan still had the engine out of the boat although he admitted that it was to focus on preparing the bottom of the hull after an off at Keith earlier in the season, so close is the competition that mere hundredths of a second in boat preparation can make all the difference in Mullan’s hunt for a fifth consecutive Unlimited crown.

Mullan isn’t the only driver with a boat without an engine, two-time Unlimited champion Daryl Hutton too has his supercharged powerplant on the workshop floor, not so much looking for more horsepower to combat messrs Jukes and Mullan, but to look for a solution to ongoing boat dynamics that have seen the New Zealander languishing well down the field for much of the season, to the surprise of all – not the least ‘Nutsy’ himself..

If rounds one through four are any indication, the Unlimited class could turn on the best racing all season, especially as teams like Ted and Darek Sygidus’ ‘Frankensztain’, and team-mates Tony Giustozzi and Mick Carroll in ‘Excalibur’ will keep the points leaders honest, not to mention a motivated Daryl Hutton.

Sadly the much anticipated return of Jamie Welch in the Natwel Racing machine will be delayed for another round after the team suffered some minor setbacks with their all-new powerplant, but Glenn ‘Spider’ Roberts will be back in ‘Blown Budget’ with an upgraded engine looking for a return to the podium, whilst Paul Burgess (Daly Transport), local star Daniel de Voigt (DEVO2) and the returning Scott Krause (KAOS) will do their best to keep their rivals honest across the two-day event.

In the 400 Class the championship too is wide open and just days out from a return to racing, the title fight has become even more intense with the news that points leader Ben Hathaway will be forced to compete in a back up boat..

Having debuted the former championship winning hull of multiple Australian 400-Class champion Brooke Dixon late last year, former LS Class star Hathaway started the 2017 season strongly with a dominant victory at Keith in South Australia before dramas struck at Griffith as he was on his way to another thrashing of his opponents, a late mechanical failure forcing him to share a drive with former rival Brad Marsden.

Coming into the fifth round, Hathaway holds a relatively ‘comfortable’ points lead over fellow Victorian Jody Ely, but he has reigning champion Brett Thornton just a single point further back in third, the Queenslander a two-time winner in 2017 and in strong form, especially at ‘home’ in Cabarita.

Hathaway admits that his big concerns this weekend are extracting as much performance as he can from Marsden’s ‘Allcott Transformer’ as he waits patiently for his engine to be rebuilt after Griffith – and Queensland’s two veteran drivers, Thornton and multiple Australian champion Mark Garlick.

He will have some ‘young guns’ on his side in the shape of returning former 400-Class champion Jake Garlick who will share ‘Grumpy’ with his father and Griffith winner Paul Kelly (4Zero Racing), whilst emerging star Justin Roylance will be hoping to deliver the goods in his JRE-prepared ‘Spitwater team Outlaw’ machine. Hathaway is hoping that these teams, Ely and perhaps team-mate Marsden – who is a former winner in 400-Class – will limit the points damage he is expecting might come his way this weekend.

Another driver expected to keep the strong local crowd on their feet, is home-town hero Peter Monger, the Cabarita local will be back in action in ‘Mongrel’, whilst former AFJSA President Greg Harriman will also put his strong local knowledge into good effect in the ‘Pink Boots Foundation’ machine he shares with Hugh Gilchrist.

The LS Class too will be well supported this weekend, with points leader Ivan Safranek facing competition from a pair of new boats. The name Kesper is one that is well recognised in V8 Superboat circles, with Ken Kesper a two-time 400 Class champion (2005/2006), however it his brother Darrin who will be competing this weekend, whilst another relative – David Bray (nephew of reigning 400-Class champions Brett and Lyn Thornton) – will debut in the former Allcott Transformer machine.

The fifth round of the Australian V8 Superboat Championships gets underway at Round Mountain Raceway (320 Round Mountain Road, Cabarita Beach) on Saturday 26 August, with practice and two qualifying sessions taking place from 11:00am, ahead of three more qualifiers and the finals on Sunday, 27 August with gates open from 8:30am.

For those of you unable to make the event, this weekend a range of interviews and videos will be made available via www.facebook.com/V8Superboats where results and updates will also be posted, but if you live in the area, do yourself a big favour, and drop down to Round Mountain Road, Cabarita Beach to take in some of the action live, you certainly won’t be disappointed!

PrevPreviousJukes makes it three from four, whilst Thornton on top in 400’s
NextChampionship wide open after dramatic Cabarita weekendNext