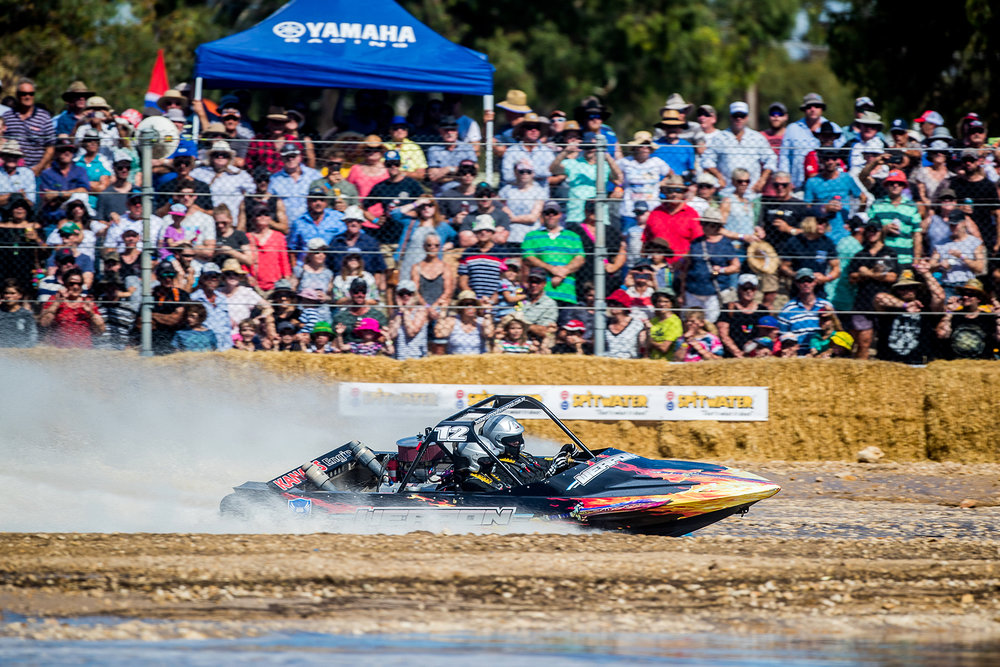 Jukes does it again, whilst Hathaway dominates 400s

Tremayne Jukes sat on top of the Unlimited Superboat championship points table heading into the first ever event at Keith in South Australia, the Victorian acknowledging that he may not be able to repeat his giant-killing effort from the opening round of the season where he defeated four-time national champion Phonsy Mullan in Temora, but in front of more than 10,000 screaming fans ‘Maniac’ once again claimed the top spot. The event saw Mullan typically dominating the qualifiers before Jukes was able to ‘open-up’ his 1300-horsepower machine in the finals, stopping the clocks in the last rotation a full six

Solid debut for Outlaw Team Spitwater in front of 10,000+ fans

Outlaw Team Spitwater made their public debut in the Australian V8 Superboats over the weekend, in front of more than 10,000 screaming fans as part of the Keith Diesel & Dirt Derby in regional South Australia. The mastermind of local farmer Glen Simpson, the event was developed to provide some growth for the struggling Keith agricultural show and from slow beginnings, the event grew to attract more than 7000 people in 2016, the 2017 event – thanks in part to the Spitwater V8 Superboats – attracting a staggering 10,000 plus people! For Justin Roylance and his team, the event became