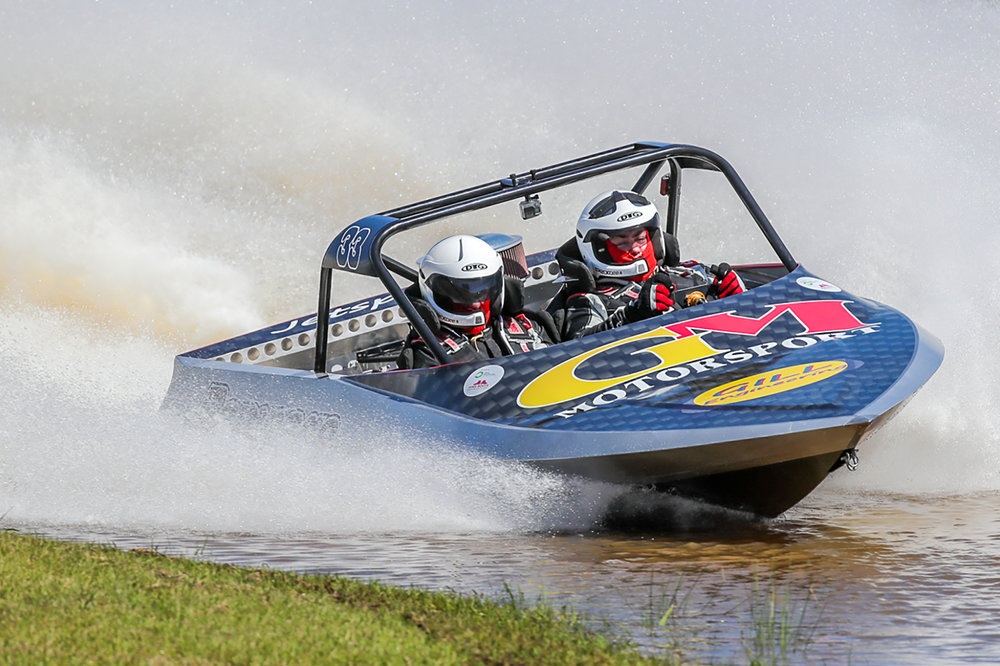 The 2017 Australian V8 Superboats season will come to its conclusion this weekend with the biggest field of the year heading to the Tweed Coast Jet Sprint Club for a two-day extravaganza of what is expected to be amongst the best racing of the year. After six rounds the Unlimited Superboat crown is sadly out of the equation, with reigning champion Phonsy Mullan effectively claiming an unprecedented fifth-straight Unlimited title with a solid performance last time out at Temora, despite trailing title-rival Tremayne Jukes for much of the 2017 season. Jukes sadly lost what promised to be the showdown of 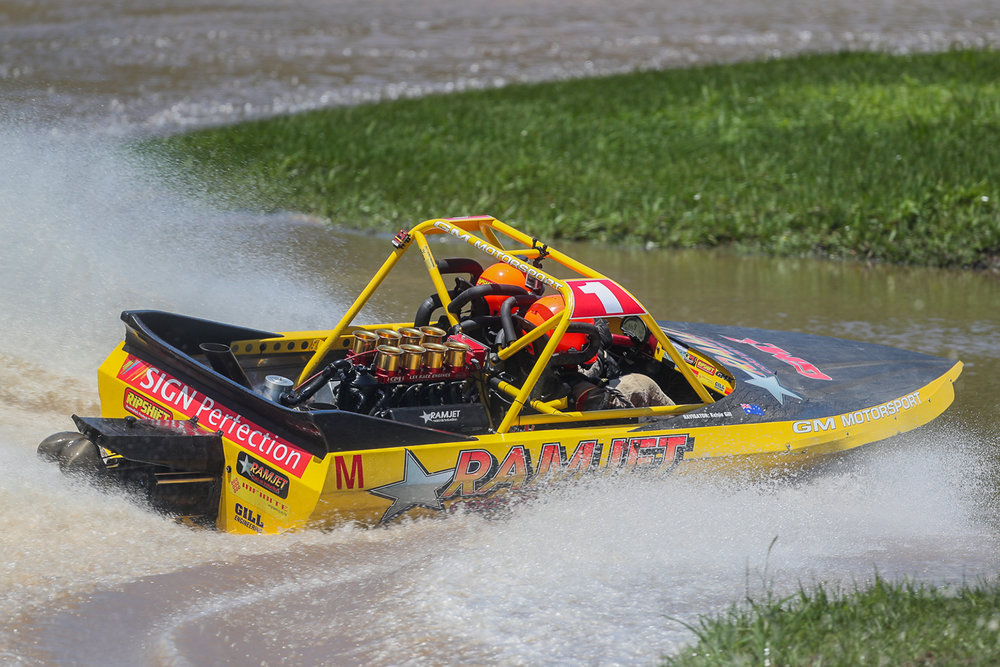 Mullan, Hathaway and Safranek are V8 Superboat champions for 2017

Phonsy Mullan & Kelsie Gill in Ramjet (unlimited) 2017 Australian V8 Superboat Championship at Round Mountain Jetsprint Track,Cabarita Beach,NSW,Australia on 28 October 2017.   It was perhaps no surprise that fans had to wait until the dying stages of the 2017 Australian V8 Superboat Championships to witness the crowing of a new champion, with the 400-Class settled on the final run of the day for Victoria’s Ben Hathaway, the ‘Weapon’ driver forced to dig deep in his final lap to claim a win when nothing else counted, taking the top step by just four one hundredths of a second, and