Seven-round season ahead for Penrite V8 Superboats in 2020

Home / Seven-round season ahead for Penrite V8 Superboats in 2020

The Penrite Australian V8 Superboats Championship will see a seven-round season spread across almost eight months, from the opening round at Temora in late February, to the season finale – for the first time – at the popular Keith venue in South Australia in early October.

A late February start for the season opening ‘Colin Parish Memorial’ at Lake Centenary in Temora on the final weekend of summer, will be followed by the traditional Keith ‘Diesel & Dirt Derby’ weekend, a popular event in the rural South Australian town, where V8 Superboats has played an integral part over the last three years, the event taking place at the end of March.

Then it’s back to the notorious Griffith venue at Lake Wyangan, arguably the toughest challenge of the season under lights on May 2.

The traditional winter double-header at the Tweed Coast circuit will see back-to-back two-day events at Cabarita Beach on 13-14 June and 8-9 August, allowing the southern-based teams a chance to escape the cold conditions and enjoy one of Australia’s best coastal regions for what is always a popular addition to the calendar.

With spring in full flight it’s back to Temora in mid-September for a day/night event under lights, then for the first time since joining the Penrite V8 Superboats roster, Keith will host the season finale on Saturday, 10 October as part of the annual local show.

“Seven rounds has proven popular with teams over past seasons, with enough of a gap between each of them to allow crews to repair their equipment if necessary,” V8 Superboats spokesman and board-member Justin Roylance explained.

“Cabarita in the colder months is always popular with those teams looking to escape the southern winter, whilst Keith approached us about having a second event based around the popularity of their annual local show, and as arguably the best venue in the world at the moment, why wouldn’t we go there a second time.

“There’s nothing really different about this year’s calendar, we’re on a good thing at the moment with strong crowds and growing fields – our LS-Class this year could even surpass the biggest fields we’ve had in 400s over recent years, and that’s predominantly new teams, so we’re overjoyed by that, but at the same time we’re working hard as a collective group on new venues, and we’re hoping one of those might come online later this year as a one-off event.”

The 2019 Penrite V8 Superboats Championship saw some of the best racing in recent years, hot off the tail of an Australian-based UIM-sanctioned World Series, and that looks likely to carry on into the 2020 season with the addition of more top-flight boats, and the renewal of some epic rivalries from across past seasons.

You can keep up to date with the sport and catch all the action online via the website or through the Penrite V8 Superboats Facebook page; www.facebook.com/V8Superboats

After a 12-month sabbatical to address the 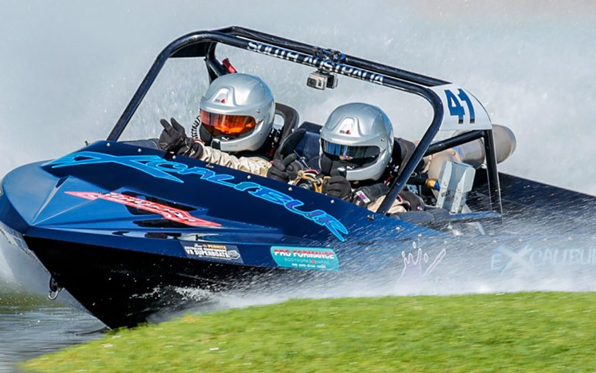 After a 13 month sabbatical to negotiate

After a 12-month sabbatical to address the

After a 13 month sabbatical to negotiate