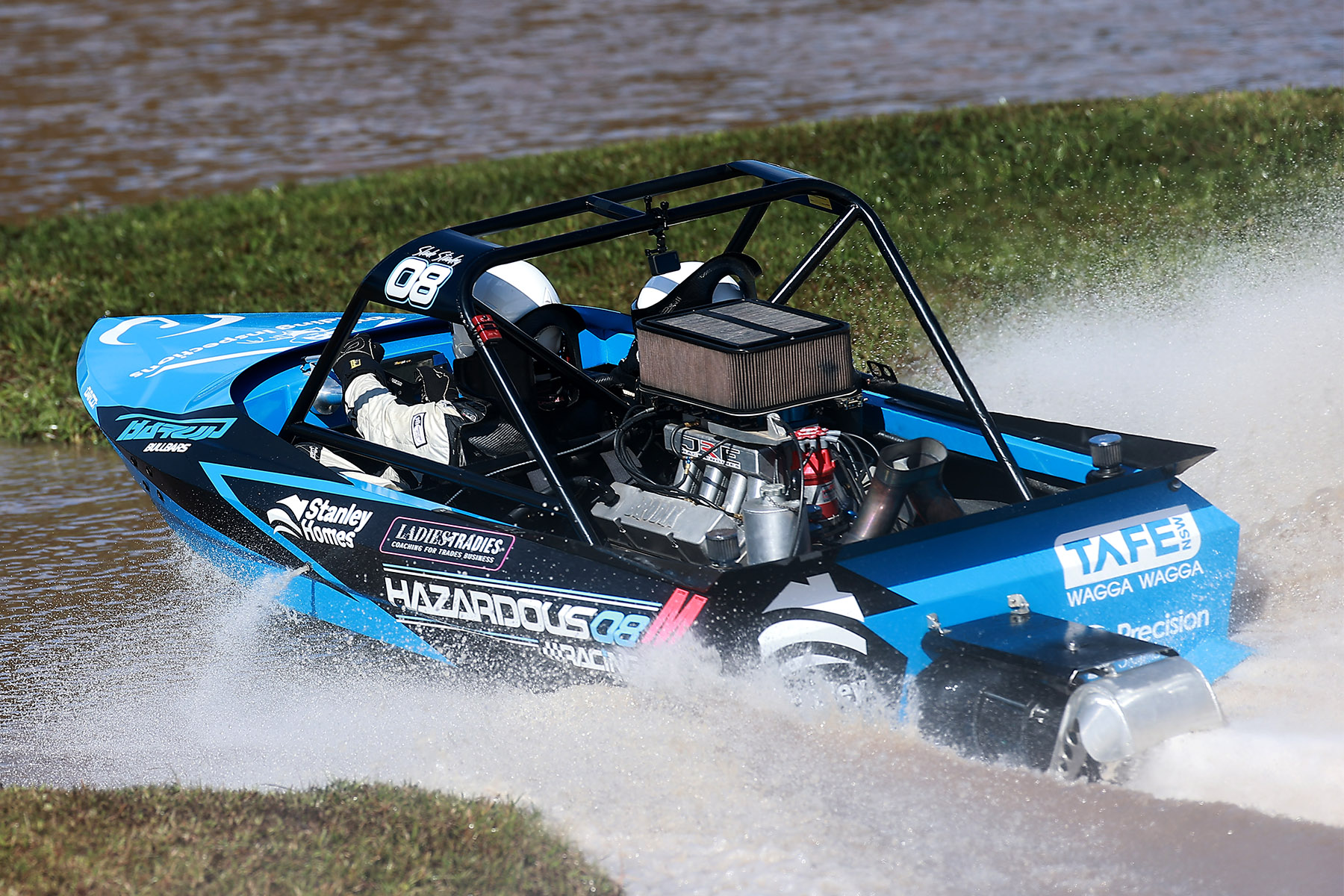 After setbacks to the 2020 and 2021 seasons to navigate the global pandemic, the Australian Formula Jet Sprint Association have unveiled their 2022 calendar, a schedule which will see a slight departure from the established program of past years, in part, to counter the ongoing challenges from Covid 19.

“I think everyone understands that things are different now to what we faced in the past, but whilst there is still plenty of uncertainty ahead, we needed to establish our calendar in order to let venues, organisers and teams prepare for the coming year,” V8 Superboats spokesman and board-member Justin Roylance explained.

“Having said that, we elected to make a departure from past seasons where we’d often compete during winter, however the last couple of years has shown us that during that part of the year we’re more susceptible to the pandemic, so we decided to delay the start of the 2022 season until late July and run some more races during the warmer months and into early 2023.”

As they have in the past, the Tweed Valley venue at Cabarita, Temora and Griffith in central-western New South Wales, and Keith in regional South Australia will play host to the seven scheduled rounds, with the traditional mix of daytime and twilight events.

Prior to the commencement of the 2022 season however, the 2021 Penrite Australian V8 Superboats Championship still needs to be completed with three rounds scheduled to start the new calendar year; Cabarita hosting back-to-back rounds on February 26-27, before Keith hosts the season finale on 26 March, and with all three championships wide open, there is still plenty left to play for as the championship heads towards its conclusion.

“Despite a strong start to the 2021 season, we were forced – like many sports – to postpone the conclusion of the championship due to ongoing border restrictions which ultimately impacted not just competitors, but our all important officials, so instead of cancelling the season like many other championships decided, we felt we wanted to conclude our season as quickly this year as we could before embarking on our 2022 program,” Roylance added.

Whilst many sports lamented the lengthy break since they last competed, for V8 Superboats the sport has actually flourished during the forced sabbatical, the addition of global television, which has pushed a huge presence on social media, has seen the biggest numbers the sport has ever seen, despite not racing since June 2021..

“We’ve always understood the value of media exposure, however the costs to establish that in the past have been prohibitive, but we worked very closely with our media team to establish what has proven to be invaluable support, not just in Australia – through Fox Sports – but around the world,” Roylance explained.

With the television distribution spanning almost every country in the world, with commentary translated into multiple languages (including German, French, Spanish, Mandarin and more), the online presence of the Penrite Series has grown to see as many as 5-million people per month following the sport on Facebook alone, delivering naming rights sponsor Penrite significant branding opportunities all over the world.

“Obviously we are grateful for the ongoing support of Penrite Oil, an iconic Australian brand who have seen the benefit of what V8 Superboats brings to the table, but also to the many people behind the scenes who have made all of this possible, it all lays the foundations for what promises to be another incredible season of action.”

You can follow the Penrite Australian V8 Superboats Championship on Fox Sports Australia (CH. 506) and Kayo Sports, keep an eye on your local guides and follow V8 Superboats on facebook.

Keep up to date with the sport and catch all the action online via the website or through the Penrite V8 Superboats Facebook page; www.facebook.com/V8Superboats